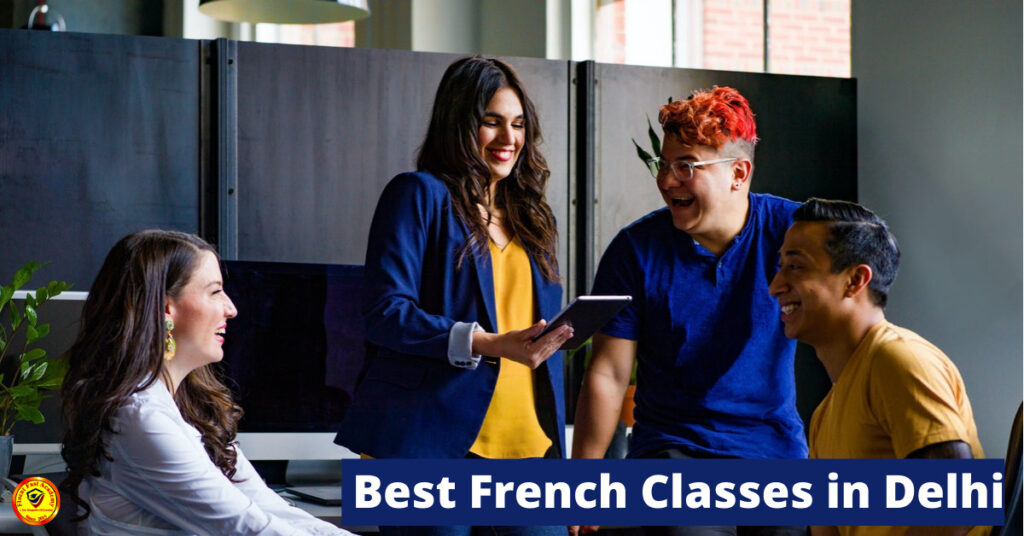 Looking For French Classes in Delhi?

Are you looking for French Classes in Delhi? Learn to speak the French language with Fluent Fast Academy the Best French Institute in Delhi. We assist you to build your future with language skills. Globalization of the planet has changed the entire approach and we are having a tendency for living our lives and to conduct ourselves within the world society at a very large pace.

French is also used by 29 countries as their official language. There is an enhancing demand for French Classes in Delhi because most of the graduate schools have the requirement of at least one foreign language and French is the language that is most commonly used and it is also the most preferred language after English.

Which is The Best French Institute in Delhi?

Fluent Fast Academy the Best French Institute in Delhi has been a pioneer in imparting foreign language training in Delhi. We are indulged in offering the French Language Training in Delhi which includes listening, reading, writing, and speaking. We assist our students in enhancing their pronunciations, vocabulary, basic grammar, and sentence forming. You will be facilitated to improve your French in a very fun way.

We being the Best School of French in Delhi provide you a huge variety of workshops during each term to assist you to improve your French language skills. Our experts make you capable to travel not only in French-speaking countries but also in many European countries where the French language is widely spoken, particularly in Europe.

If you are able to speak both English and French then it is a big advantage for you to find a job with many multinational companies by making use of French as their working language in a huge number of sectors like luxury goods, retailing, automotive, aeronautics, etc. If you are from Delhi then you must grab the Best French Language Institute in Delhi, which will open numerous possibilities for you.

The Benefits Of Learning French From The Best French Institute in Delhi:

French is a language that is spoken in a huge number of countries and it is also considered the official language of numerous organizations. If you take French Classes in Delhi from the Best French Training Institute in Delhi then it will add numerous colors to your professional career. Given below are some of the benefits of learning French from us:

French is a highly regarded language on international platforms. Once you have learned French very fluently, you are eligible to apply for jobs in all those organizations whose official language is French. If you are a student who is looking for working in international companies, then they give preference to those students who are knowledgeable also in any other language than English.

Once you learn French, everything will be easier for you to understand from french cuisines, theatre, dance, historical places, and fashion.

Have you ever dreamt of going to Switzerland? Well, you must have and if you have already visited this country, then there you would have come to know that knowing French is very crucial. And it is not only about Switzerland, whatever name you take for the most romantic and beautiful places in the world, but they all also have French as one of their languages.

If you choose Fluent Fast Academy the Best French Training Institute in Delhi, then they will work completely for your benefit as you will get to learn from the best teachers in the city. Moreover, you will also find the best teachers on our platform.

Some of those teachers who will teach you are the young students who have learned French freshly and they are well versed with the knowledge of with what is new in this aspect. Other than that, you will also find those professional teachers in our academy who are already working as professionals in some government or private institutes.

You will get the French Classes in Delhi in our academy at lower rates than most of the other private French Institutes in Delhi. Even if you are desired to receive French classes from a government institute, then taking prior coaching from a private teacher will assist you to learn better in a professional environment that has a fixed curriculum.