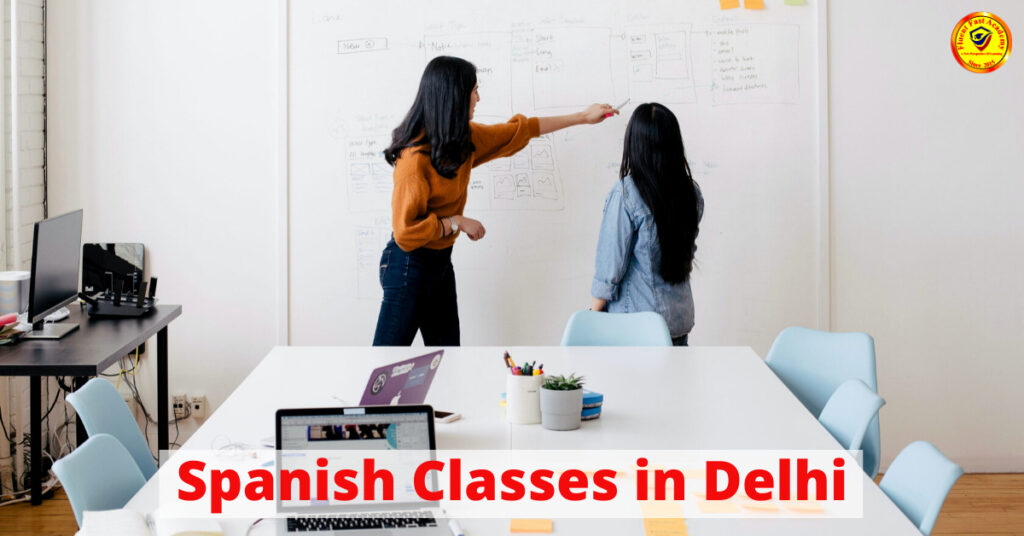 Spanish is one of the most famous and commonly learned languages in western countries. The Spanish language is also known as Castilian due to its origin in the Castile region of Spain. Spanish is generally the official language for almost 20 and over countries and the good thing about this language is that Spanish after Mandarin Chinese is the second most spoken language in the whole world.

So as this is quite a famous language in various countries and also the native language among them so in order to learn this language there are many Spanish courses in Delhi and you can easily register yourself in them. But if you are looking for the best institute to learn Spanish in Delhi then go ahead with our Fluent Fast Academy which is a Spanish institute in Delhi and provides you with the best.

You can easily go on and join our Spanish Language course in order to learn Spanish without any problems. There are classes provided to you at different hours so you can say that we provide you with the best of service and faculty when you are looking for Spanish classes in Delhi at a much more affordable price.

Why you should go ahead in learning Spanish

Spanish is basically a language considered as the dominant language and also called as such due to its immense usage in many of the countries and not to forget that many countries use this language as their native language too. If you go ahead and learn this language then-new career opportunities in such cities will definitely open for you moreover you will also not face any type of language barriers or problems related to the language, if you go on and visit such countries where Spanish is a dominant or native language. And most importantly learning a new language and that too Spanish will itself increase your knowledge much more.

Spanish is basically said to be a much more easy language in comparison to the other languages as it mostly is the same as that of English because Spanish and English language is said to the same roots so if you know English then not very much but it is somewhat easy for you to learn the Spanish language.

Want to go ahead and join Spanish language classes? Here is why you should join them

So isn’t it great if you can experience and get to know all of this just by learning this simple and great language?

Now as you know that learning this easy and dominant language i.e. Spanish can be a great option for you and can be a good opportunity for you in the advancement of your career and remove hassles when traveling to such destinations in these language barriers then stop waiting and thinking further now?

Go and get yourself registered in our Spanish language learning course in Delhi today as we provide you with the best when it comes to the Spanish classes in Delhi and Spanish courses in Delhi then we Fluent Fast Academy are definitely the best in this field.

So, now a lot of people are going ahead and learning this language on a high level. So there is no point in waiting right? Go on and get yourself registered in the Spanish language course in Delhi today and join our Fluent Fast Academy Spanish classes in Delhi today.

HURRY AND GET REGISTERED TODAY!!!!